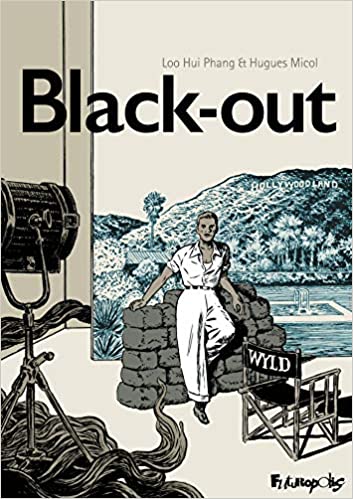 For a few decades during the Golden Age of Hollywood, Maximus Wyld was all things to all people, but who was he really? Through the life story of this fictional and forgotten figure, a mixed-race actor of African, Latino, Asian, and Native American descent, creators Loo Hui Phang and Hugues Micol spin a glittering fable, onscreen and behind the scenes, of race, gender, and politics in the United States. Cary Grant, Paul Robeson, Ava Gardner, Lana Turner, Lena Horne, Rita Hayworth, Bill Robinson, and more parade through this star-studded procession. Meticulously researched yet contemporary, Black-out offers a frank and modern take on representation and privilege alongside a witty repartee reminiscent of classic movies. 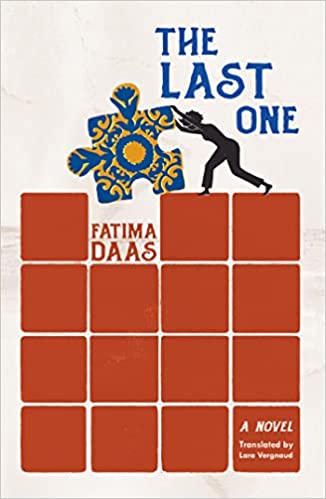 “My name is Fatima Daas.” So begins each chapter of Fatima Daas’ debut novel, La Petite Dernière. Through an eponymous character, the author recounts the struggles of a young woman’s attempt to reconcile her homosexuality with her religion. The youngest daughter of Algerian-Muslim parents, “Fatima Daas” is seen as “different” and repeatedly encounters forms of bias for her physical features, her family origins, and her sexuality. Refusing to live up to the family’s “baby girl,” status, she rejects the feminine norms expected of her at the expense of her relationship with her parents. Written in succinct and direct prose, Daas’ novel challenges preconceptions of what it means to be Muslim, North African, female, and lesbian.

In her new book, distinguished French thinker Catherine Malabou once again engages her characteristic deconstructive approach at the interface of psychoanalysis and philosophy. She focuses on the clitoris as a body part whose importance has been ignored in artistic, cultural, and political depictions of sexuality and pleasure. Malabou aims to disarm this misguided tradition, dispelling once and for all the relics of a theory that represented the clitoris as negative, lacking, and the result of castration. In this interdisciplinary text Malabou incorporates the work of diverse thinkers such as Lacan, Agamben, de Beauvoir and Irigaray while also drawing on the history of ideas, feminism and embodiment, and affect studies. Malabou multi-layered ideas remains clear and accessible, leading Roger-Paul Droit to praise in Le Monde her lucid and concise style.

Manigne’s second novel, Quitter Madrid is a fictional story set among real events and paintings. The novel gives voice to Alice, a French art conservator, as she is caught in the 2004 “11-M” train bombings in Madrid. After the attack, Alice returns to the Prado to resume her restoration work on Francisco de Zurbarán’s painting Allegory of Charity. She struggles with the trauma of the bombing and its effect on her relationships with others and art. Zurbarán’s saints, her area of expertise, and their pictorial representations of pain particularly trouble her. Characterized as “a delicate book about invisible wounds” by Amélie Cordonnier in Femme actuelle and longlisted for the 2020 Prix Femina in France, this novel offers a glimpse into how the aftermath of trauma impacts people’s lives and relationships.

Bodies Politic investigates the central role that sports have played in the Black community’s struggles for racial justice since the late 19th century. After Reconstruction, members of the Black middle and upper classes created ambitious physical education programs in Washington, D.C., then the largest African American city in the United States. Strong, beautiful bodies were considered decisive in achieving two prerequisites for social integration: building dignity within the Black community and countering racial prejudice more broadly. Through a long-term analysis, this “richly documented” book, as described by Mickaël Correia in Le Monde diplomatique, explores why the body was (and remains) the primary site of African American efforts for liberation, offering a corporeal perspective on the history of American democracy.

Histoire de la fatigue chronicles the diagnosis – medical, personal, and professional – of fatigue and its development from the Middle Ages to the present. What is fatigue? Is it a pathology that indicates the limitations of one’s psyche, a human condition to which we all fall prey from time to time? Or is it a fundamental incompatibility with the outside world? How did we value and accept fatigue based on the social rank of the sufferer, and how do we do so today? In what sense has the meaning of fatigue evolved alongside the great industrial and economic leaps of our time? How have we calibrated a balance between normality and abnormality? These are just some of the questions that Vigarello, Research Director of the prestigious School for Advanced Studies in the Social Sciences in Paris, addresses in Histoire de la fatigue.

Marie-Claire Bancquart, Toute minute est premiere, was published after her death in February 2019, containing her final work as well as twenty unpublished poems from 2018. The text considers life in the face of death: how to progress through the culminating moments of life with an acute understanding that the days are numbered. Bancquart’s poems show an acute awareness of death while also a unique view of the beauty and freedom that life provides. Moreover, her poetic style accentuates the weighty implications of its written product. In an article for Le Monde, Patrick Kéchichian praised the singularity of Bancquart’s work, characterizing it as “full, dense, unexpected, often grating, fleeing verbal coquetry, pushing back against elegiac or even lyrical developments.” These attributes echo the very posture to be taken when approaching death: to be intentional unflinching while alive to appreciate and experience the real gifts life has to offer.

Please note that we are eagerly seeking a U.S. publisher for this title. For questions regarding the book, please email us so that we can share more information and a sample translation. For other titles seeking an American publisher, please go to the following page.

Composed of thirteen unpublished short stories, Banlieues Parisiennes Noir features several places on the outskirts of Paris. From the Fountainebleau forest and Neuilly-sur-Seine to the prison of Fleury-Mérogis, this newest installment of “Asphalte Noir” brings readers to the surrounding regions of Paris that stand out from the famous mystique and allure of the capital city. The work includes Guillaume Balsamo’s “Fin des travaux prévue : février 2027,” which, using humor, adds nuance to its morose subjects of drugs and murder. The dark side of politics is elucidated in “On a des yeux pour croire” by Insa Sané. Also, distinguished for its emphasis on contemporary urban issues such as gentrification is Anne Secret’s “Les Ombres du Trapèze.” The formidable story line up of Banlieues Parisiennes Noir explores the complex world just beyond the borders of one of the world’s most famous cities.

Bridging the gap between African American studies and book history, “Textes fugitifs” examines the publication, circulation, and reception of antebellum slave narratives. Aided by newly rediscovered archives in the United States and elsewhere, this book reconstructs the ways in which former slaves such as Frederick Douglass, William Wells Brown, Harriet Jacobs, and Sojourner Truth accessed print materials in a world hostile to the publication and proliferation of abolitionist—let alone Black-authored—literature. Roy’s work presents a wealth of information and evidence that sheds light on the industry of slave narrative publication. He demonstrates that this economy was diverse and consisted of Black printing practices, more than just those of northern white abolitionists, who are typically attributed to have dominated the sector. In doing so, Roy brings forth new knowledge of the slave narrative genre as well as the nature of Black printing conventions.

On the Animal Trail, Manières d’être vivant is Baptiste Morizot’s second installment in the Mondes Sauvages collection, a series of philosophical investigations about our relationship to Nature. It furthers the development of Morizot’s highly original philosophy. Rejecting an anthropocentric approach to the environment, the author calls on readers to return to the natural world as a means of creating a stronger relationship with non-human animals and their lives, behaviors, and motivations. To recognize and appreciate the knowledge that these creatures offer human beings, he implores us to dismantle what separates us from other species and evokes the false sense of superiority human beings feel in their relationship with animals and the natural world. Indeed, we all share the same home—planet Earth—and although our “ways of being alive” may look different, one is no better than the other. Polity Books characterized Morizot’s work as a “powerful plea…of great interest to anyone concerned about the ecological crisis and the future of different species, including our own.”