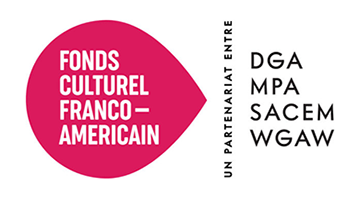 Tournées Film Festival is made possible with the generous support of :

Created in 1946, the Centre National du Cinéma et de l’Image Animée (CNC) is a public administrative organization, set up as a separate and financially independent entity. The principal missions of the CNC are:
– Regulatory
– Support for the film, broadcast, video, multimedia, and technical industries
– Promotion of film and television for distribution to all audiences
– Preservation and development of the film heritage
cnc.fr

The Franco-American Cultural Fund (FACF) is a collaboration involving American guilds and industry associations representing the creators of film and television shows (the Directors Guild of America – DGA, the Writers Guild of America, West – WGAW and the Motion Picture Association – MPA) and SACEM (the French authors’, composers’ and publishers’ organization). Created in March 1996 at SACEM’s initiative and financed by Private Copy levy funds, this unique partnership was designed with the goal of creating a common Cultural Fund to promote and teach the art of filmmaking. Its mission is to promote cinematographic creation and restoration on both sides of the Atlantic, to encourage young talent and to promote dialogue amongst professionals from both countries.
sacem.fr

FACE Foundation is a 501(c)(3) charitable foundation and contributions to its programs are tax-deductible to the extent allowed by law.